Yesterday Allah tells us about the gift from Him.. to Maryam.. Isa a.s. There many things about the birth of Isa as that we dont know or miss informed. Allah said to all of you about Maryam

So she conceived him; then withdrew herself with him to a remote place.

According to many tafsir that I learn n read from many books of tafsir…Gabriel blew the Roh/spirit of Isa/ Jesus to Maryam … not touching her.. Allah knows better how. Immediately Maryam became pragnant.. full pragnancy of 9 months … within .. seconds.. minutes..Fahamalathu… So immediately .. she conceived full term pragnancy.. After she realise that…..She retired / withdrew herself to a remote place… to the west. She was walking … following Gabriel.. down from masjid al Aqsa… while making sure no one saw her

And the throes (of childbirth) compelled her to betake herself to the trunk of a palm tree. She said: Oh, would that I had died before this, and had been a thing quite forgotten!

While walking.. a woman at child birth… you imagine.. how fast can she walk..She was alone.. dont have time to buy cloths for the child.. no one with her.. to help her during childbirth.. dont hv any provisions. She came to and old palm tree.. and touch the tree and sit there.. she cant walk anymore..in labour pains. From kurtubi… as she touched the tree… it suddenly became alive.. leaves start growing n produce fruits n became ripe.

So the labour pains forced her to the trunk of a… dead.. palm tree. She said…. as she knew what is going to happen to her after childbirth….Ahh… would ….not having this situation… that I had died before this …incident.. That I would be ..someone.. forgotten and no one knew..who Maryam was..

She was saying that because she was afraid of what people might say to her.. Not that she dont know that its her Lord’s will. She does not know.. ilmu ghaib.. should she knew.. she would not say anything. But some of us.. say that… beware of that wali/bomoh/ guru… he will know what you say… thats shrik/syirik

Bear in mind that gabriel was near by and did not help in the delivery.. he was further away.. lower from her….

Then (the child) called out to her from beneath her: Grieve not, surely your Lord has made a stream to flow beneath you;

So a voice from beneth her… lower down from her… gabriel.. I dont agree with the above translation cos Isa as only talk after meeting the people. Dont grieve… O Maryam.. surely Allah has made … for you.. a stream to flow beneth you..

Allah The Lord Creator.. create Isa as … He will give all necessary provisions to make sure that Isa as and his mother are adequate. He created the tree to give fruits. He ensure water .. so that Maryam can wash herself and her son. So as for us all… we were given all provisions to live on this earth.. so that He can test us. We shouldn’t be worried about meteors raining on us.. Global warming etc .. as the scientists r saying. Allah will make sure that we can live… well on this earth. But not that we shouldn’t be concerned

And shake towards you the trunk of the palmtree, it will drop on you fresh ripe dates:

Gabriel said to her.. and you shake towards you, it will let fall fresh ripe dates

How strong was Maryam to shake the tree? No.. its just meant she need to just shake.. the tree will drop its fruit. Women who just had given birth.. if you want to be well quickly… then eat fresh dates… rutab..Now you can buy at supermarkets.. rutab… fresh dates.. still attach to its stock.. taste slightly bitter.. not that sweet

So eat and drink and refresh the eye. Then if you see any mortal, say: Surely I have vowed a fast to the Beneficent Allah, so I shall not speak to any man today.

So you eat .. dates.. drink .. from the stream and cool your eyes… by looking at your child.

Allah show maryam how to overcome her concern about what people minght say… you just follow my instructions. But we dont follow our God’s instructions cos we dont learn from tafsir n hadis. If you Maryam see anyone and you must say … by sign language.. I hv vowed to fast to Allah, a fast to ArRahman….There is a fast by Moses.. fast from talking. So I wont speak to anyone today 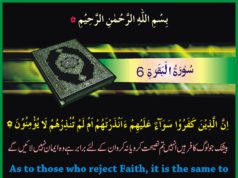