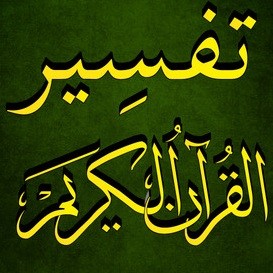 So taste, because you neglected the meeting of this day of yours; surely We forsake you; and taste the abiding chastisement for what you did.

And Allah say onto you all. This verse is about mushrik. A mushrik is a person who can be a muslim or kuffar who do a shrik to God. Once you do a shirk, you become a mushrik. So to know shrik is the utmost importance. Every verse about tauhid meant that there is an opposite, shirk. So by learning tafseer insya Allah, you will know about tauhid hence you know shirk. Every sheikh, who teaches quran and sunnah Rasulullah pbuh must teach shrik so that the students will know, so he can avoid it.

And Allah say onto the mushrikins.

Taste the wrath of God as compansation for your having been oblivious or forget the coming of this day of judgment.

Man were tested by wealth, women, their lifestyle, they fail to see the importance of quran, so they neglected quran. As time goes by, they became accustomed to their luxury that they enjoy. They felt that it’s enough by doing Solat , haj etc. Yet they are still ignorant of syariah as they don’t learn quran and sunnah, hence forget the importance of judgment day.

Once you don’t know shirk, you won’t repent to Allah. U realize that when u die. So verily , We now oblivious or forget of you. Now taste 2nd repeat, shows how angry Allah is to you. This abiding or painful suffering for all that you had done before on earth

Only they believe in Our communications who, when they are reminded of them, fall down in prostration and celebrate the praise of their Lord, and they are not proud.

This verse is about mukmin. Only they truly believe in our verses from quran who whenever they are conveyed the verses to them. They fall down, prostrating themselves in adoration to their Lord and they are not proud.

When a mukmin hears verses of the quran, they know it’s the words of God, they do prostate, solat. They are not proud, to do Solat for Allah.

Their sides draw away from (their) beds, they call upon their Lord in fear and in hope, and they spend (benevolently) out of what We have given them.

They are impelled to rise from their beds late night to call out to their Sustainer, solat tahajud and witir in fear and hope.

Mukmin will surely raise from their beds , to do Solat tahajud and witir. In fear, they do believe that they will be judged for their deeds, they had repented but they don’t know if their repentance were answered by the Lord. In hope, they hope that Allah will answer their repent and be rewarded Jannah. And they spend on others, sedekah from what We had provided for them as sustainance.